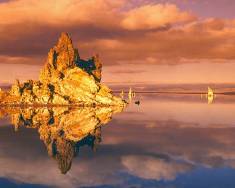 The Ninth Circuit recently upheld a jury’s determination that a court reporter’s inability to stenotype rendered her unable to perform all of the “important duties” of a court reporter, such that she was totally disabled under the policy. In so holding, the court examined the duties of a court reporter as defined by California law, noting that those duties were limited to “‘the making, by means of written symbols or abbreviations in shorthand or machine shorthand writing, of a verbatim record of any oral court proceeding . . . and the accurate transcription thereof.'” In other words, under California law, the only requirement for the claimant’s occupation was stenotyping. Consequently, the court rejected the insurer’s contention that the claimant was not disabled because she was capable of proofreading and editing other court transcripts, emphasizing that those duties were not considered part of the occupation of court reporter as defined by California law. Finally, noting the evidence supported the claimant “was physically incapable of stenotyping for the length of time, and at the pace, required of even a part-time court reporter,” the court concluded the claimant was totally disabled from court reporting because, under California law, she could not perform all of the substantial duties of a court reporter. It is critical for the disability benefit attorneys of MyLTDbenefits.com to establish at the beginning of the claim all of the “important duties” our client is unable to perform in their job.

Disabled From All Occupations

An analysis of whether a claimant can perform a gainful occupation also requires a consideration of the age of the claimant and whether he retains transferability of skills. The company must consider whether training is required, for if so, it probably removes the job from the list of occupations that the claimant can do based on existing training, education and experience. The disability benefit lawyers of MyLTDbenefits.com have argued successfully that it is improper to attribute skills to an individual who does not possess them, as policies typically do not permit insurers to deny a claim based on the speculation that the claimant can become proficient at another occupation requiring further skills and training.

For example, in a recent Arizona case, because Liberty Mutual had not offered any specific sedentary position for which the claimant was reasonably fitted by the long-term disability policy’s stated criteria, i.e., training, education, experience, age, and physical and mental capacity, Liberty was found to have “failed to make a reasonable inquiry into the type of skills Plaintiff possesses and whether those skills may be used at another job,” and “failed to properly apply the Plan provisions.”

The United States courts in Alaska, Arizona¸ California, Hawaii, Idaho, Nevada, Oregon, Washington, Guam, and the Northern Mariana Islands use a cause-based approach in long-term disability benefits cases. The cause-based approach analyzes whether the illness has a physical (or “organic”) cause. Most long-term disability policies limit the claimant’s benefit entitlement for mental disabilities to a two-year period. Where the policy does not specify whether the mental illness is determined by examining the cause or the symptoms, organically-based illnesses do not fall within the limitation, even if they manifest psychological symptoms.

The cause-based approach typically results in favor of claimants, either because the court found the definition of mental illness in a disability policy to be ambiguous or because they found many such diseases to be physically-based.

In Patterson, the claimant suffered headaches and filed for disability benefits under his employer’s disability plan covered by the Employee Retirement Income Security Act of 1974 (ERISA). The administrator found that the claimant was totally disabled, but terminated the benefits after two years on the ground that the claimant’s disability was “mental” rather than “physical,” and that he had exhausted the plan’s two-year limitation on benefits resulting from “mental, nervous or emotional disorders of any type.” The court noted that the pertinent plan language did not define “mental disorder,” nor did it offer examples of conditions that might be excluded or included. The court concluded that the term “mental disorder” was ambiguous in two respects. First, the plan did not specify whether a disability was to be classified as “mental” by looking to the cause of the disability or to its symptoms. Thus, the court decided, the two-year limitation was unenforceable if the claimant’s disability was “either manifested by headaches though caused by depression, or caused by headaches but manifested by depression.” Second, the plan did not specify whether a disability qualified as a “mental disorder” when it resulted from a combination of physical and mental factors. Consequently, the court concluded:

Patterson’s disability may result solely from depression, or solely from headaches, or from a combination of the two. Since this ambiguity must also be resolved in Patterson’s favor, he is not within the limitation for mental disorders if his disability is caused in any part by headaches.

In Mongeluzo, the ERISA plan administrator relied on a plan provision similar to the one involved in Patterson. In Mongeluzo, the provision in question stated that “[p]ayment will not be made under this plan for any disability . . . for more than 24 months during your lifetime if the disability is caused by mental illness or functional nervous disorder.” Again, the plan did not define either “mental illness” or “functional nervous disorder.” Mongeluzo claimed to be disabled as the result of chronic fatigue syndrome. Although the administrator’s decision applying the two-year limitation on benefits was upheld by the district court, the Ninth Circuit (relying heavily on Patterson) reversed. Taking note of the participant’s argument that the plan language was ambiguous because it did not address the question of whether a disability presenting mixed physical and mental components could be considered a “mental illness,” the court concluded that “[b]ecause of the rule that ambiguities are to be resolved in favor of the insured, if either a cause or a symptom of the disease were physical and caused the disability in whole or in part, then the benefits are payable.”

In Lang, the plan contained a two-year limitation relating to disabilities “caused or contributed to” by a “mental disorder.” Once again, “mental disorder” was not defined. The participant claimed that her inability to work was triggered by stress arising from her job. She allegedly suffered from symptoms of “uncontrollable crying,” “throwing up before work,” and “inability to concentrate.” During the two-year limitation period, the claimant was later diagnosed with Fibromyalgia. The court described the plan language as presenting “an almost classic ambiguity,” pointing out that earlier cases construing similar language “held that it was ambiguous in that it could reasonably refer either to illnesses with non-physical causes, or to illnesses with physical causes, but exhibiting both physical and nonphysical symptoms.” The court therefore reinstated Lang’s long-term disability benefits.

MyLTDbenefits.com long-term disability benefit lawyers would distinguish thePatterson line of cases based on the facts of your case. First, none of the policies inPatterson, Mongeluzo, or Lang define mental illness. If your policy defines mental illness, these cases do not apply. Second, the disabling conditions at issue in those cases were either physical in substantial part (chronic fatigue syndrome in Mongeluzo, headaches in Patterson, and fibromyalgia in Lang) or, at the very least, could have been caused in substantial part by a physical problem. If your condition is more commonly known as a mental illness, such as depression, the persuasive value of this line of cases is severely limited. Third, if “mental illness” is defined in your policy to incorporate the DSM-IV, the disability-benefit attorneys of MyLTDbenefits.com could argue that under that treatise, the etiology of a mental illness is immaterial to its characterization as such in the DSM, so whether or not the claimant’s depression, for example, stemmed from a physical injury, is irrelevant. This is because the DSM describes a particular mood disorder assigned diagnostic code 293.83 – mood disorder due to a general medical condition. Therefore, even if the claimant were able to prove that her depression was caused by a physical injury, the mental illness limitation would apply because that would be a condition described in the DSM. (DSM-IV-TR p. 369-370)

The Special Circumstances of Fibromyalgia

Insurers often argue that Fibromyalgia comprises subjective or self-reported symptoms and is therefore not objectively diagnosed for the purposes of meeting the objective evidence requirement of the policy. As discussed above, the courts have, more often than not, disagreed. For example, in Russell v. Unum Life Insurance Company of America, the court rejected the defendant insurer’s argument that Fibromyalgia fell under the “self-reported symptom” limitation in the policy.

Courts of Alaska, Arizona¸ California, Hawaii, Idaho, Nevada, Oregon and Washington hold that an ERISA plan administrator may not construe a plan so as to impose new requirements for coverage because the administrator “lacks discretion to rewrite the plan.” Imposing a condition for coverage or other standard that is not set forth in the plan is arbitrary and capricious conduct. Thus, the disability-benefit lawyers of MyLTDbenefits.com have made the successful argument, where a policy contains no specific requirements for objective proof, that a plan administrator cannot deny a claim for lack of such evidence. In one such case the court found evidence sufficient for punitive damages where the insurer denied a claim for lack of objective evidence despite no such requirement in the policy and the claimant did provide evidence of disability.

In another recent case, the court gave less deference where a plan administrator denied a claim because of an insured’s “failure to produce evidence that simply is not available” – for example objective evidence of an insured’s pain, since “individual reactions to pain are subjective and not easily determined by reference to objective measurements . . . ..”.

Please contact us for experienced assistance with your disability claim. We pride ourselves on providing cost-effective solutions.

Get My LTD Benefits